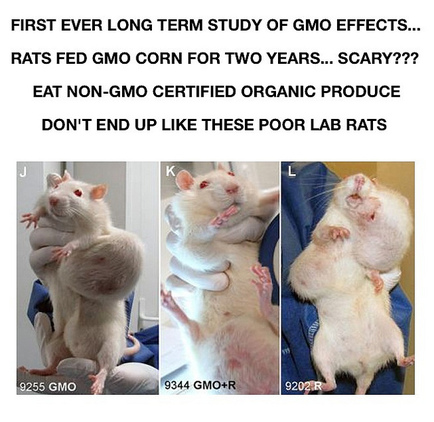 Change and Rearrange
By Alexa Denhoff

The effects of GMOs on the body is a topic I have taken interest in. It started when I came home from school one day saying there was a nut free table in the cafeteria. As soon as I said that my mom had gone off in a rant saying, “that’s not how it was when I was growing up and in school! There were barely kids with allergies, and obesity was very scarce!” This led me to think upon the effects of our food more and more. The biggest thing is allergies. Why is it that all of a sudden you hear people on the daily saying oh I can’t eat that I’m allergic to that. Things you just wouldn’t even think possible like bread. Bread was such a common staple of so many people’s diets because it was easy to make and filling. Now, there are gluten intolerances everywhere and it has got to be something that has to do with the food.


Some research has been done, and the soy allergies were reported to have skyrocketed 50% after GMO soy was introduced in the UK. How can something like that just be disregarded? That is not a coincidence. Genetically modified organisms are fairly new. The first GMO placed on the market was the FlavrSavr Tomato in 1994. Seeing how new they are lead me further and further into thought. When my mom was in high school, GMOs were not a thing. Everyone ate food that was what it was. Whether it’s the fresh food from the local family farm, the farmers market, the backyard garden, or the grocery store, the food was food and not changed or modified. If you look at our food now, you will see produce from all over the world, perfect and pristine. But with the perfect food came increased food allergies.

When food is as close to its natural state, or original state, our body knows how to process that. Back when we were roaming the plains finding food, we were eating untouched berries, and meat that had only fed on the wild grasses. When we were growing gardens we were growing naturally, and the produce had no chemicals and had not been changed. It is this way of eating that our bodies are so used to. In today’s world, we feed our bodies false food, food that is filled with chemicals, and changed so much from its natural state, our bodies don’t classify it as food. The body tries to reject this changed food in the form of allergies, hence why allergies are such a big problem in today’s world. In the face of obesity? That is our body so extremely confused with what is being placed in it, it doesn’t know how to handle it. When the high fructose corn syrup flows in, your body has no idea what that is, it’s seen as a foreign chemical and is automatically stored away as fat. Same with other genetically changed organisms. The food is so far from its original state, the body has no other way to handle it than to turn it away and make us sick.

I am not the only one to take interest in this topic. There has been research specifically on GM foods. Laboratory rats were fed GMO corn and non GMO corn and the rats fed the GMO corn slowly increased in weight. The other interesting fact was that the GMO corn rats also ate more than the non GMO rats. The amount of allergies has been reported to sky rocket, and many researchers are saying GM foods are to blame. Our food is making us sick.