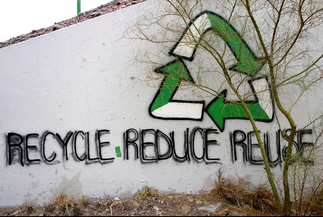 The notion that world is doomed has taken ground as everyone realizes that the planet they exploited for its resources has started meeting its limits. We have been following the linear production method in which goods and services are produced, used by the consumer and then the waste or end-of life products thrown away. However with the increasing population and limited resources, we need to find a more sustainable way of interacting with our resources.

Here is where the concept of circular economy fits in. The idea originates from the circular living processes found in living organisms like the carbon or nitrogen cycle, which have allowed the organisms to sustain for so long without exhausting their supply of nutrients. As stated by the Ellen MacArthur Foundation “The circular economy refers to an industrial economy that is restorative by intention; aims to rely on renewable energy; minimises, tracks, and hopefully eliminates the use of toxic chemicals; and eradicates waste through careful design.” Incorporating the same idea in our economy means we give up the “Take, Make, Dispose” method and allow the resources to be rotated from manufacturer to consumer and back.

A place to start for creation of circular models will be to start with the designing stage of the product. About 80% of the environmental impact of a product is defined at the design stage by the kind of materials and technologies used to integrate the product [1]. In such systems, engineers have the scope to innovate and improve aspects of their designs and create products that do the job expected of them while having the potential to be recycled or repaired when required.

Technical advancements in automation and computerization of certain processes will be another way to achieve a circular economy. The new construction technique adapted by a Chinese company takes prefabricated parts created by computer controlled machines and assembles them together on the place where it should be located. A 30 story building was on site in 15 days with the ability to tolerate a 9.0 magnitude earthquake [2].

A circular economy could generate income and create jobs, and be profitable for many industries. Waste and Resources Action Programme (WRAP), an UK based initiative is a good example as it has made more than £10 billion by increasing its production in the past 14 years. In addition the organization hired 30,000 new employees and made money even during the economic downturn of 2010. In the UK textiles industry, $1975 per tonne of clothing collected can be generated as revenue with $1295 as gross profit. McKinsey’s report ‘Toward the Circular Economy’ predicts $700 billion of materials savings per annum if all products used in reverse cycle processes. The huge profit margins act as great incentives for businesses to switch to circular economy and benefits the society by creating more jobs. In addition, organizations like Ellen MacArthur Foundation are helping businesses smoothly transition from the linear model to the circular model.

For most of us civilized society is the habitat we are comfortable with. Even though we all love the trees and rivers and birds, many of us will be living in a home with four walls, a heater, refrigerator, microwave and travelling to places using cars and planes. Giving up on this lifestyle will be hard for many of us, and stopping innovation is no solution. We need to progress as a society, stagnation will not mean that everything will be fine. Population will still be growing, mouths will still be hungry, and if we don’t reduce the waste we create, we will soon run out of the reserves we have. Hence, starting with the transformation of the economy to the circular model is the first step in creating a sustainable future for us and the newbies to come.