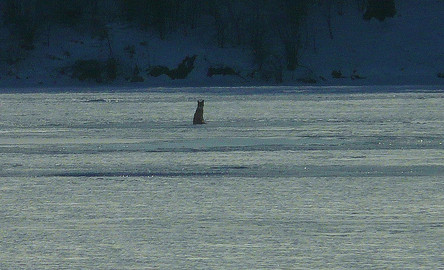 Ever since the days of the colonization of the US, the Red wolf population began to dwindle. As the original wolves during colonization began to die off and get killed off, coyotes from the Great Plains and Rocky Mountains began to reclaim territory once held by its counterpart the wolf. They came across all the remnants of wolf populations found in northern Canada and began to interbreed with them. Thus creating the hybrid species, the coy wolf. These species would be small enough to remain undetected by humans, but large enough to feast on the fawns of deer. Though it may be a good thing to have these coy wolves around to manage deer populations, they also begin to adapt more wolf like traits when there are more deer around. So as they begin to develop to hunt for larger game, they may also become a threat to other creatures within our communities. So the question is, are they actually part wolf?

There has been a lot of things going around revolving the coy wolf, how it’s actually just the Eastern coyote and that were just miss labeling them. But recent research has shown us that this animal is both genetically and morphologically connected to the Western coyotes and Eastern coyotes. So most people in the Northeast refer to these Canidae or family of carnivores including wolves and other dogs, simply as “coyotes”, their history and background are far more diverse than we can see. And that they should properly be called the coy wolf. This time of change and hybridization did not occur recently, this animal we know has actually been a hybrid of two different related species since it started coming into the northeast 50-70 years ago. Initially they were called all sorts of things, from coy dog, eastern coyote, but now we know them as coy wolf and is one of the only appropriate descriptive names for this animal. Since the first wolf probably found in this area would have been the eastern wolf and possibly the red wolf. And the eastern wolf is found to be more closely relate to the western coyotes then they are to the much larger gray or western wolf. Which means that the coy wolf has native wolf genes and therefore should not be considered invasive or non-native. Coy wolf is the only appropriate name for this amazing hybrid species.

Since coyotes found in more deer dense locations tend to be more wolf-like, and have more wolf-like traits which give them local adaptations at a very fine geographic scale. There was a pattern of sex-biased hybridization, generated by male wolves and dogs mating with female coyotes. With all these events happening on the East coast relating to coyotes and wolves, it’s safe to say that these hybrids are truly coy wolves and are an amazing case of hybridization in the Canis family.

[Photo, Plop. Coyote sits down and Stares at Us, by Carol Vinzant licensed by CC BY-NC-ND 2.0]