Today, I watched students as they walked out of Illick and Marshall until they reached my vantage point, half way between the two buildings on the quad. Of the 38 individuals who were walking alone, 21 of them glanced at their cellphones at some point during their walk.  The distance from Bray Hall to Centennial Hall is approximately 1,600 feet; so, if you walk at an average pace of 3 miles per hour to get to class it should take about six minutes to get from end to end (of course, if you're not wearing shoes this may take a little longer).

There's a lot to discover on our 12 acre campus, and much more to see than just your cell phone screen.
So look up ESF, and see if you can find these treasures on our campus. 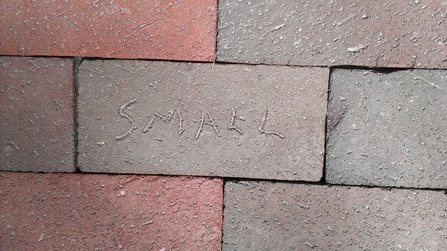 It's the small things in life that make it enjoyable. And noticing this "small" brick on the  staircase heading to the quad is one such thing that makes our campus a little more special. 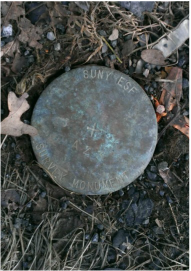 A geodetic datum indicates a specific location so that it may be referenced on maps. We talk about the importance of place, and this datum marker shows that we're important enough to be referenced.

This one can be found near the "small brick" but there are others around! 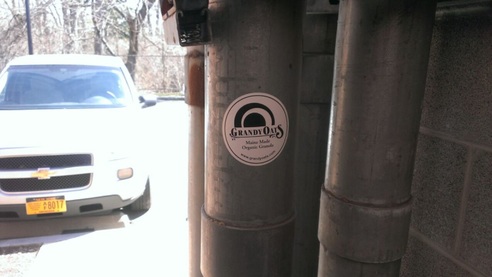 People have been placing stickers all over campus lately. I'm especially fond of the cats. But someone placed this staple food for hippies company's advertisement in the ally between Baker and the physical plant.

Look for the datum marker around this area too! 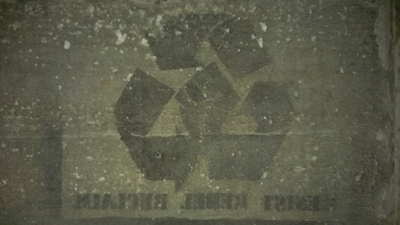 Resist, rebel, reclaim. The  rarely observed, radical side of environmentalism. Some time in the past, a Stumpie spray painted this on one of the buildings. I won't give away it's hiding spot; keep an eye out for it in the shadows though.

This ancient beech tree in Oakwood cemetery is a favorite sunny day hangout for many students. 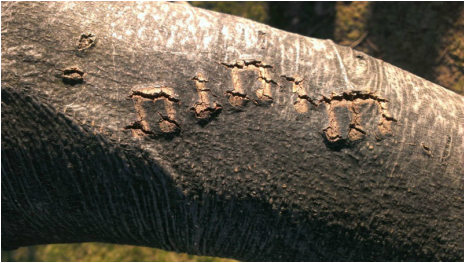 An overlooked secret gives it its nickname. It's known as The Song Tree, and students can be found lounging in hammocks and baking in the sun on its limb

You may have some difficulties getting to see this view, but it's worth the effort. A Dawn Redwood (Metasequoia glyptostroboides, say that 10 times fast), an endangered tree species, overlooks campus from a hill just next to the old greenhouses.

The Nifkin Voice is not liable for any harm or damages inflicted to or by intrepid climbers.

If you have any hidden goodies you've noticed around campus, tweet them to Eustace @FollowNifkin!